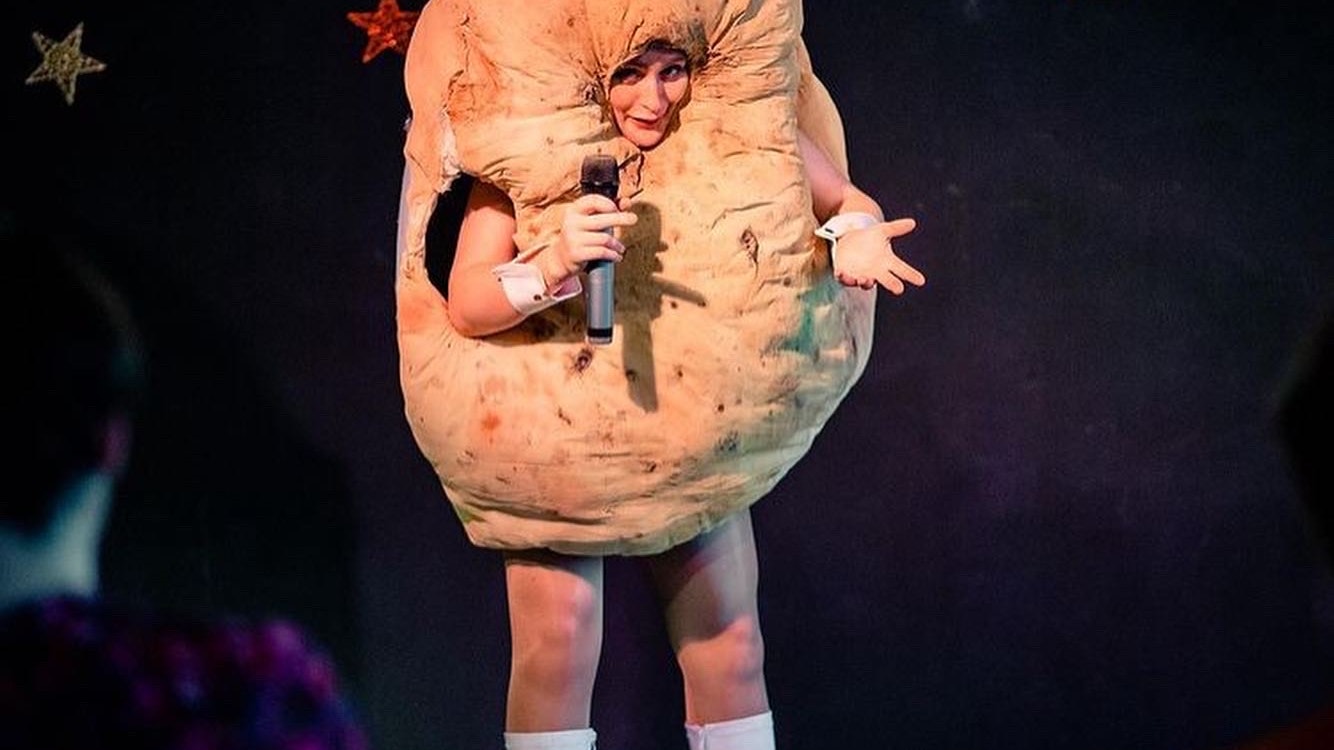 Freddie Hayes “the most perfect clown and a fantastic storyteller” **** presents Potatohead alongside her talented cast of puppets. Potatohead involves puppetry, karaoke, dancing and potato puns.

A classic faustian tale of a humble spud’s “existential battle between good and evil.” The starry eyed Charlotte potato is rooting to become a national treasure but how does a couch potato become a golden wonder?

This original piece of new writing directed Sh!t Theatre mashes up “surreal silliness” with traditional theatre for a Post-modern comedy epic “I highly doubt anyone could top this”